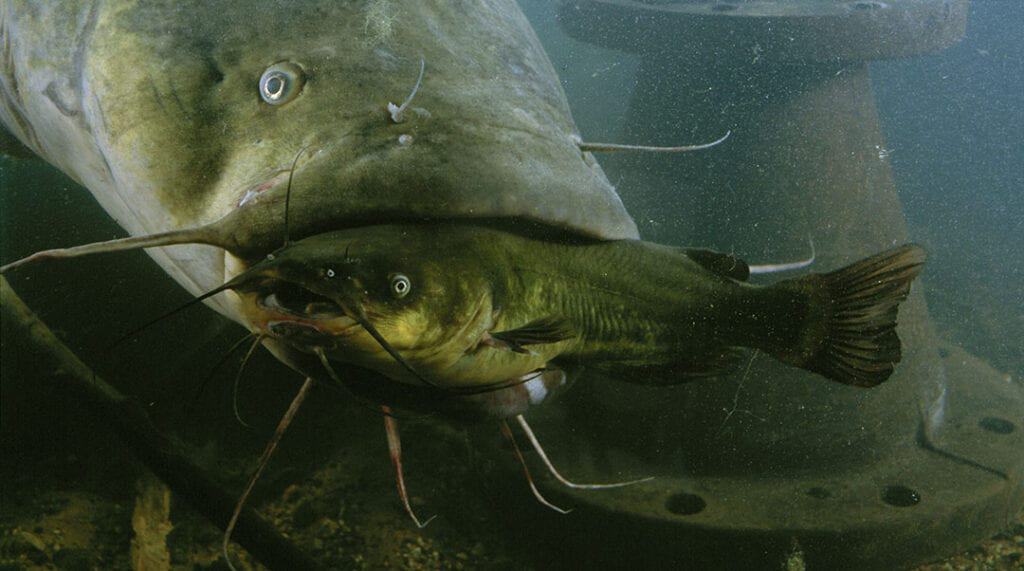 When you talk with catfish anglers across the country about the best catfish baits, you recognize the many types of natural and unnatural things they use to catch fish in rivers, reservoirs, and ponds. In part, that broad selection is due to the widespread distribution of the channel catfish, thriving (and reaching record size) in the Red River of the North, and providing fast fishing in rivers, reservoirs, and ponds south to the Gulf of Mexico and west to California. In these varied locations, they eat different species of fish or other materials, including snails, insect larvae, and even vegetable matter. Moreover, channel catfish are highly open-minded when it comes to feeding; what biologists call “omnivores.” Flathead and blue cats also inhabit widespread waters from North Carolina to California, and south into Louisiana and Florida. For this review, we look at the best baits for these species, which represent both excellent table fare and tackle-busting trophy-fish potential!

#1. Nightcrawler
First on the list is the ubiquitous nightcrawler, favored food for all fish species. Channel cats bite worms everywhere, making them a top pick. Their availability tilts the scale–on sale at all bait shops and even most convenience stores in catfish country. They also attract lots of small, eating-size flathead and blue cats, as well as white catfish of coastal rivers and bullheads, which are always a hit with the younger crowd. Worms are easy to rig, sliding seamlessly onto a circle hook. Thread one on a hook, rig a slip-sinker, and you’re on your way to fun times and good eating. For jumbo cats, be generous, threading several juicy ‘crawlers onto a hook stout enough to boat these battlers. Their only downside lies with their appeal to suckers, bluegills, bass, perch, carp, and virtually every fish in the system, the ultimate multispecies treat! 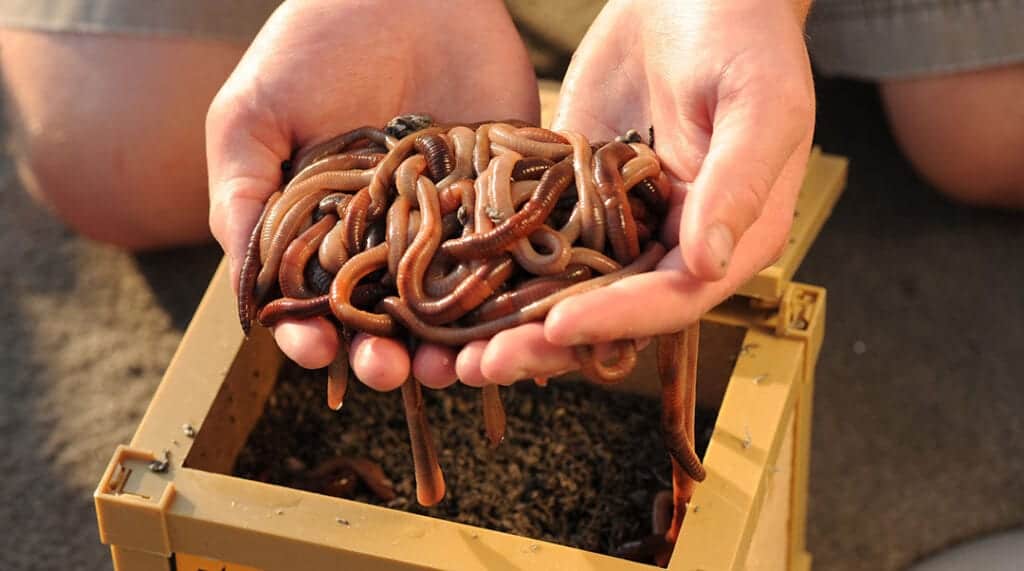 #2. Gizzard Shad
Few species of baitfish are as widely distributed and popular with catfish anglers as gizzard shad. With their blunt nose and wide-body, they’re susceptible to cast-netting and dip-netting. And baitshops offer live shad in many areas. But they work nearly as well when frozen, just a bit mushier, so bring plenty. Their distribution extends from the East Coast to the Great Lakes and west to Arizona. They’re popular blue catfish bait 12 months a year and big ones anchored on reservoir flats attract giant flatheads at night. For channel cats, choose 3- to 5-inch shad to fish whole, or else slice up chunks to thread on the hook. 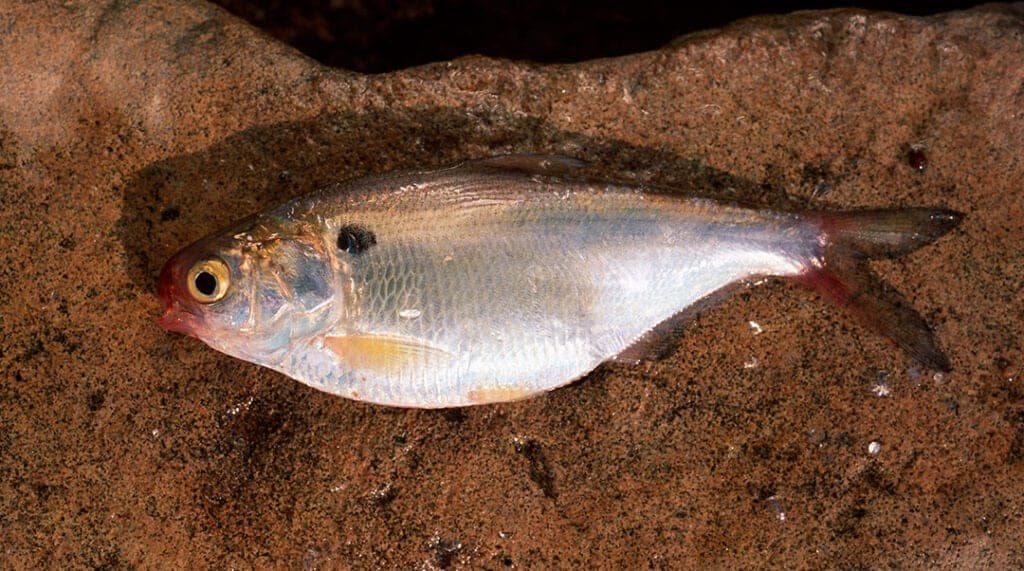 #3. White Suckers
This common northern species is a top choice of anglers who readily catch their own in creeks with small hooks and garden worms. This tubular fish yields prime cut chunks along its entire length and catfish across the Midwest can’t get enough of their delicate flavor. Moreover, the fish’s bony skeleton helps it cling to the hook when only shreds of meat remain. Don’t discard the nose or tail sections, as big cats gobble them up. Suckers also work better than other baitfish after being frozen, due to their solid consistency and long-lasting flavor. Some catmen keep them alive in a cattle trough in the garage or cellar, using a pump and spray bar for aeration, and a biofilter for long-term use. 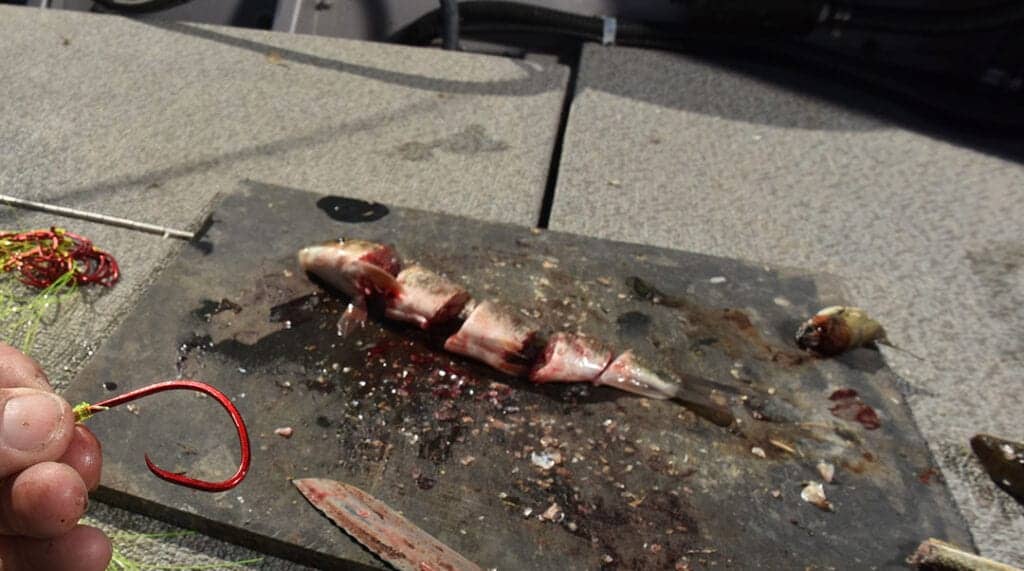 #4. Skipjack Herring
This migratory river species originated in coastal waters but is now found in many reservoirs as well. Though not widely available compared to other baits, skippies make up for it with their undeniable allure with jumbo blues, the ones that threaten to give you a hernia when you haul them over the gunnel. No self-respecting tournament stick would be without them in competition, as they have no equal for those trophy-size bites. These slender silvery fish are easily chopped or sliced for smaller blues and channel cats, while 8- to 12-inch baits call for a double-hook rig not like a quick-strike rig to tempt giant blues. Fishing in tailraces with small silvery jigs is a great way to collect them in spring, but they’re available in some baitshops, both live and frozen.

#5. Stinkbait
This stuff would rank higher on the list if it wasn’t so aptly named. If the label doesn’t scare you, best turn your head when you crack the cover. Stinkbaits make it clear that catfish’s sense of smell differs drastically from that of humans. But channel cats of all sizes eat it up, smaller blues as well. Even die-hard catmen use a stick to push a stinkbait carrier into the jar, typically shaped like a ribbed plastic worm or hollow teardrop to enclose the tasty goo. Its aroma washes off rapidly, which improves the bite, as cats hundreds of yards downstream detect the flavor and follow it like sharks on a blood trail. Several commercial brands have loyal followers, including Berkley PowerDip, Junnie’s Wicked Sticky, and Sonny’s Super Sticky. Some aficionados brew their own using secret ingredients. 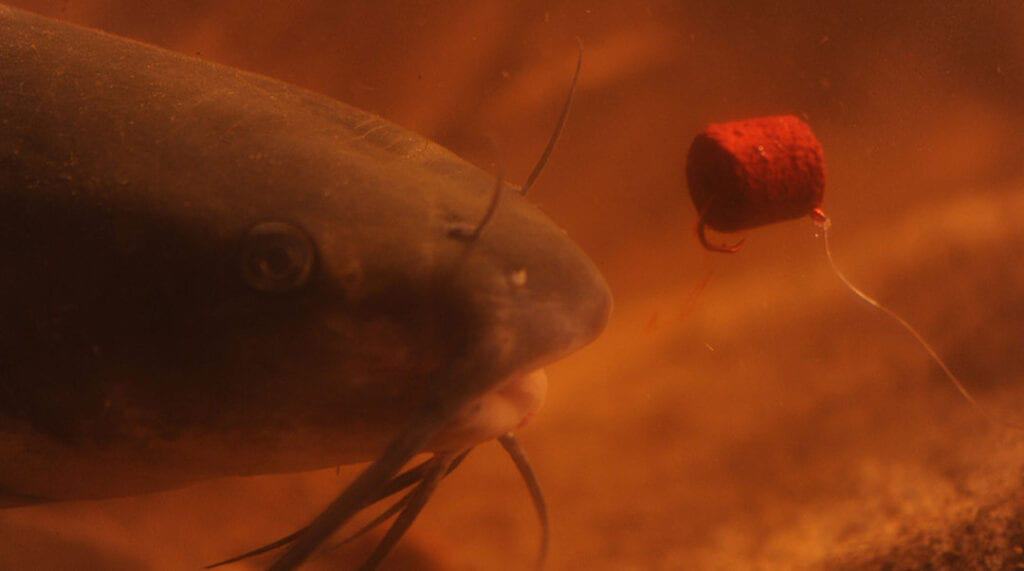 #6. Asian Carp
Turn the tables on this invasive species by chopping them up for bait. This term refers to four species that are unfortunately becoming more common in our nation’s rivers and reservoirs—silver, bighead, grass, and black carp. Imported into Arkansas for the aquaculture trade, they’ve migrated widely and multiplied at a scary rate. Due to their threats to new waters, collection and use is banned in many states. But wherever legal, they’re a go-to bait for channel cats and blues, usually in cut chunks or fillets. Bigheads commonly exceed 40 pounds, so you get a lot of meat from one. Livebaits less than 2 pounds also are esteemed for flathead catfish. Needless to say, use them only where they’re common. And hang onto your rod when you drop them into a deep hole.

#7. Bluegills
This species is even more widespread than channel cats and typically of bite-size so they fill plenty of predator bellies. For big pond-dwelling channel cats, nothing is better than 4- to 5-inch sunfish on a float or bottom rig. And sunfish, including the closely related green sunfish, are tough to beat for jumbo flatheads, though optimal size is 7 to 8 inches. You can catch plenty with a #10 hook and worms and they’re hardy, allowing extended use. A few states don’t allow them to be used as bait, since they’re classified as a gamefish, but most allow personal use. 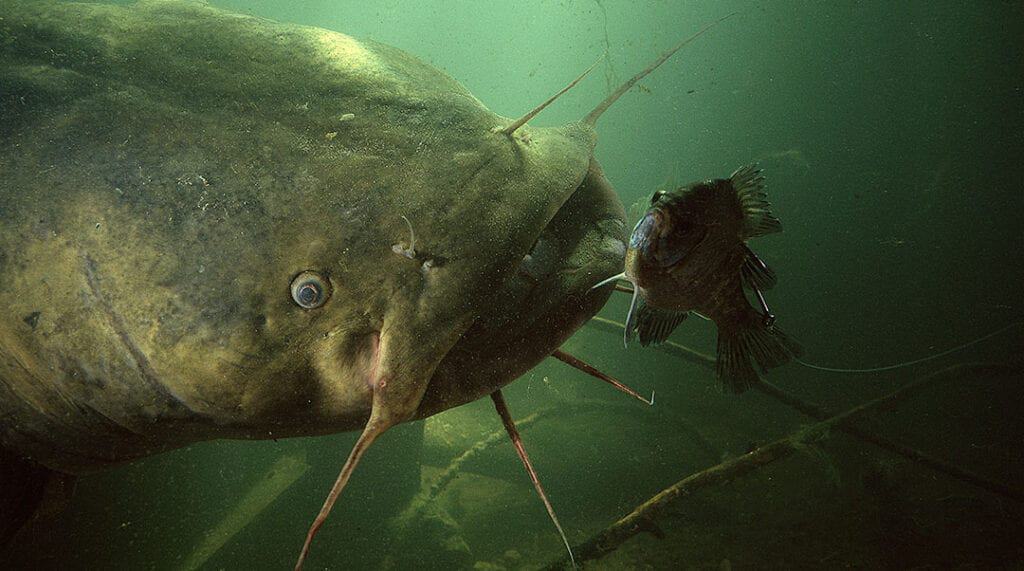 #8. Punchbait
In southern systems, you find less use of dip or stinkbaits, as punchbait takes its place as an artificial concoction, though their popularity has grown in northern waters as well. Many are manufactured locally but widely available, including Team Catfish Sudden Impact Bait, Danny King’s Catfish Bait, Willie P. Richardson’s Punch Magic, and Little Stinker Punch Bait. Simply punch a #4 or #6 treble hook down into the jar with a stick, then pull it out at an angle. The hook should be nicely coated and ready to cast. Punchbait needs to maintain a sticky consistency, so add cattail fuzz, hay, or cotton to the mix when it gets watery. Formulas vary, including blood-and cheese-based mixes that aren’t usually as “ripe” as stinkbaits. They generally appeal most to small to medium-size blues and channel cats, which most anglers seek, thus their popularity. 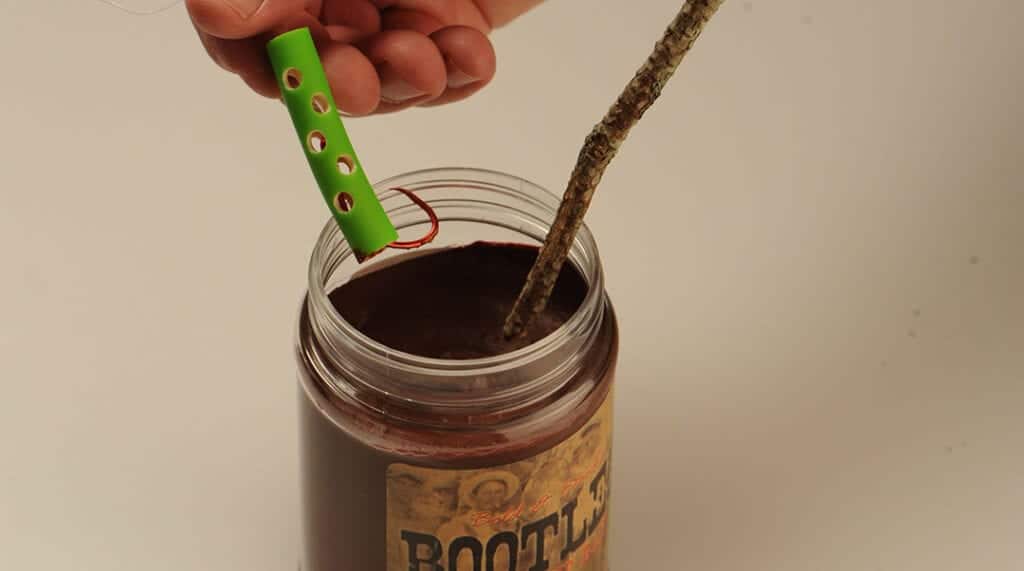 #9. Chicken Livers
This traditional choice is hard to beat when bites are tough. For whatever reason, kitties crave them! Meat-packing companies including Tyson sell livers in a jar or you can get them from the butcher. Liver is delicate and readily breaks up in current, so you may have to rebait every 10 minutes, especially in fast current or warm conditions. But on the upside, you’re chumming your hole as you fish, so don’t change spots frequently. To keep them on a hook, wrap fresh livers in gauze or netting (old pantyhose is a favorite) to hold it together to form a golfball-size clump. The netting makes it easy to run the hook through as well. 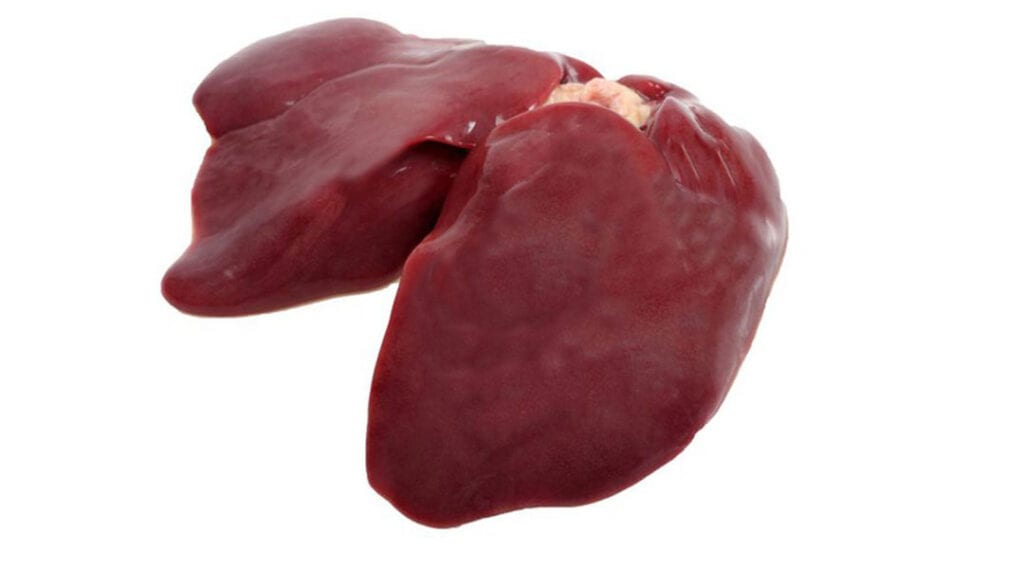 #10. Shrimp
You never run out of bait if a grocery store is near, and there’s no denying their appeal to channel catfish, despite its absence in the natural diet. Carry a pack of frozen ones in a cooler and thread one onto the hook. There may be something in the essence of these crustaceans that rings a dinner bell. Channels and smaller flathead cats relish crayfish as well, but they’re harder to obtain. Trotliners often rely on shrimp, which tells you a lot about their appeal. And if the action slows, gobble a few for a snack. In general, catfish are less picky than other species, so select a few favorites from the list, put it in the right spot, and you won’t wait long! 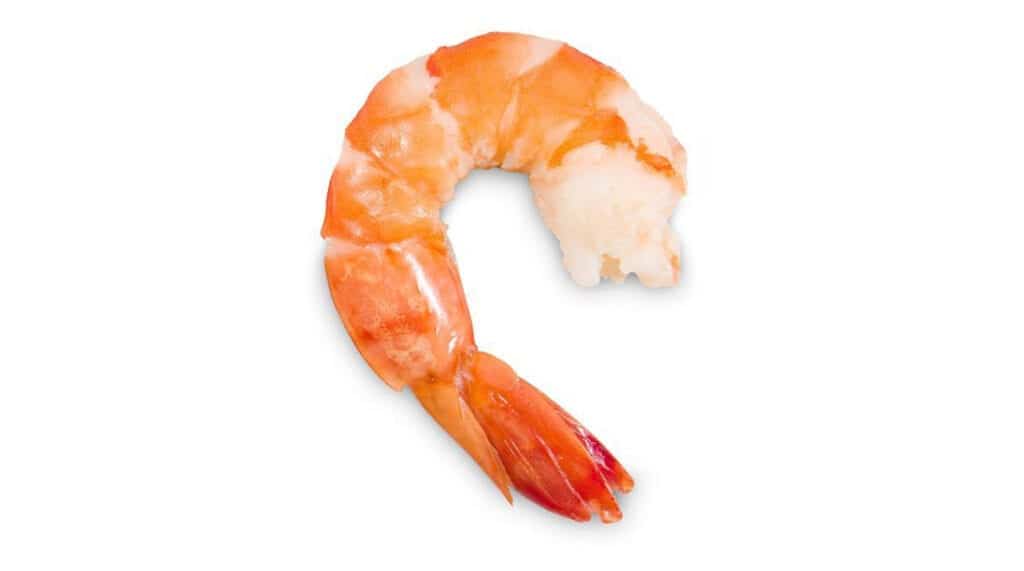 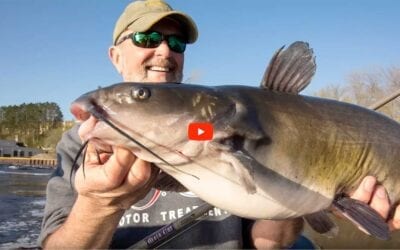 Al, James, and Nick Lindner disclose river catfishing techniques sure to put pounds of pot-bellied channel cats in the... 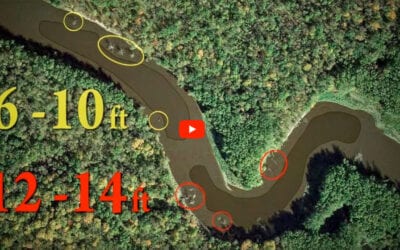 Al and James Lindner target channel catfish in high-water river conditions with the latest in electronics and... 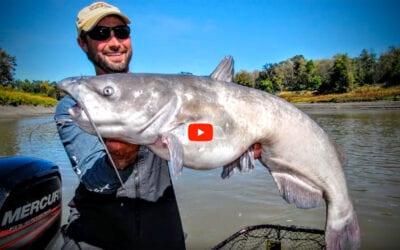 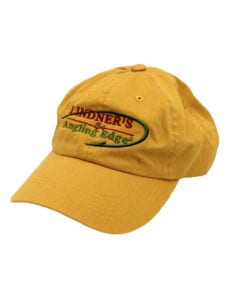 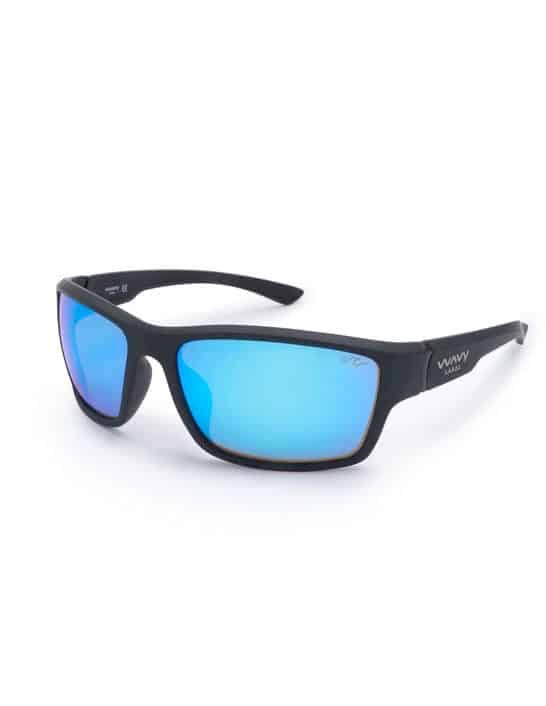 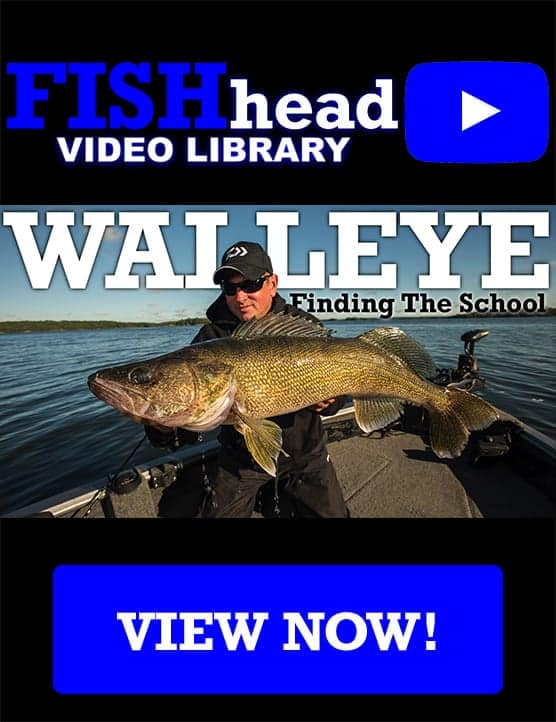 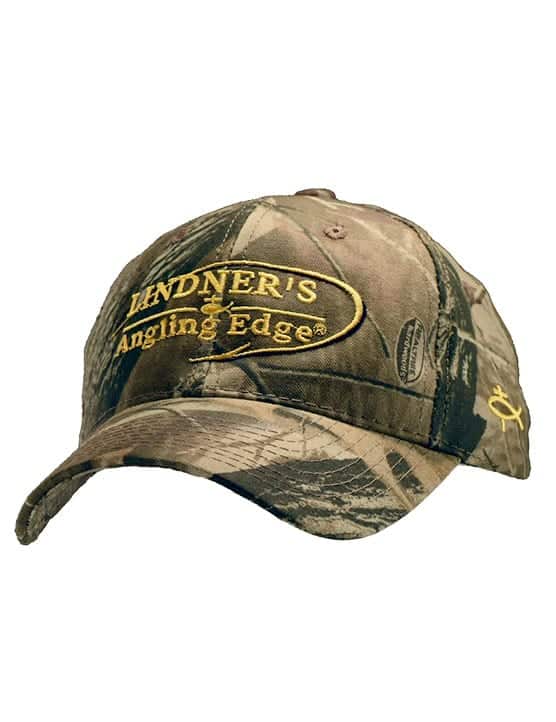 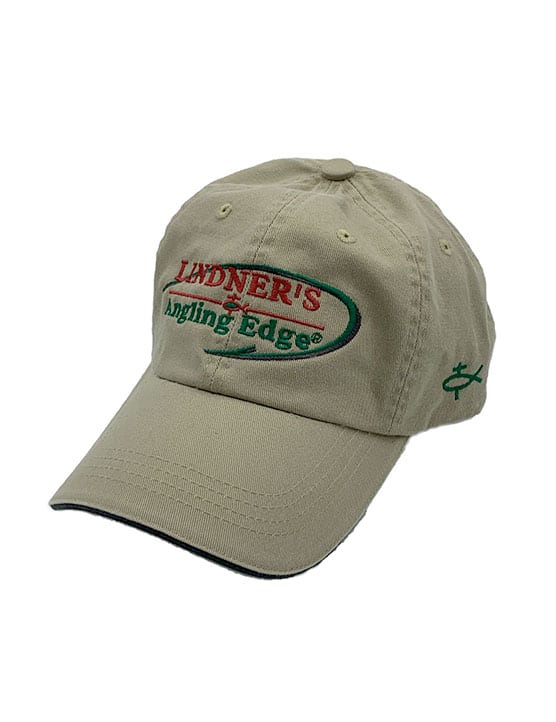 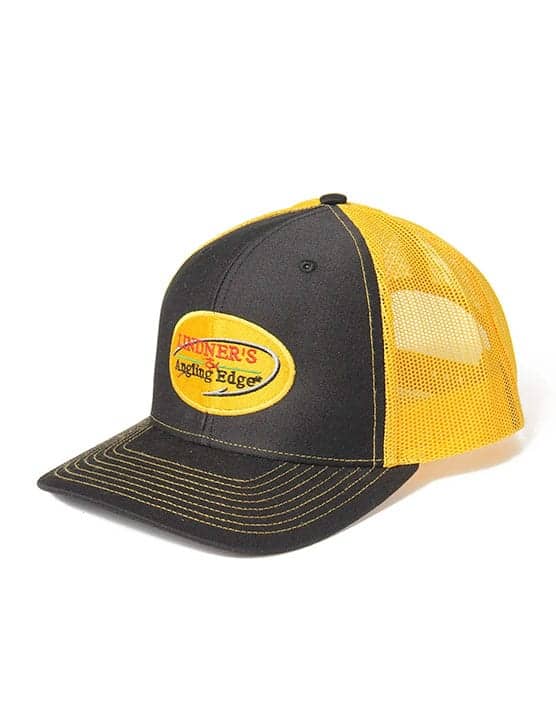 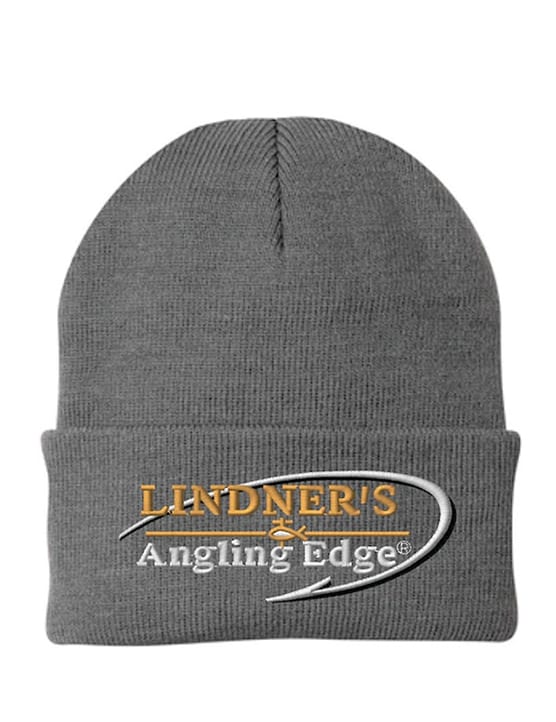 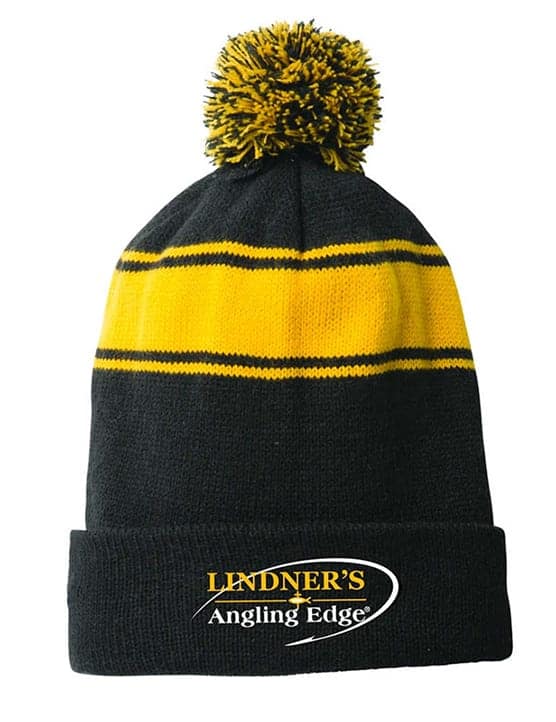 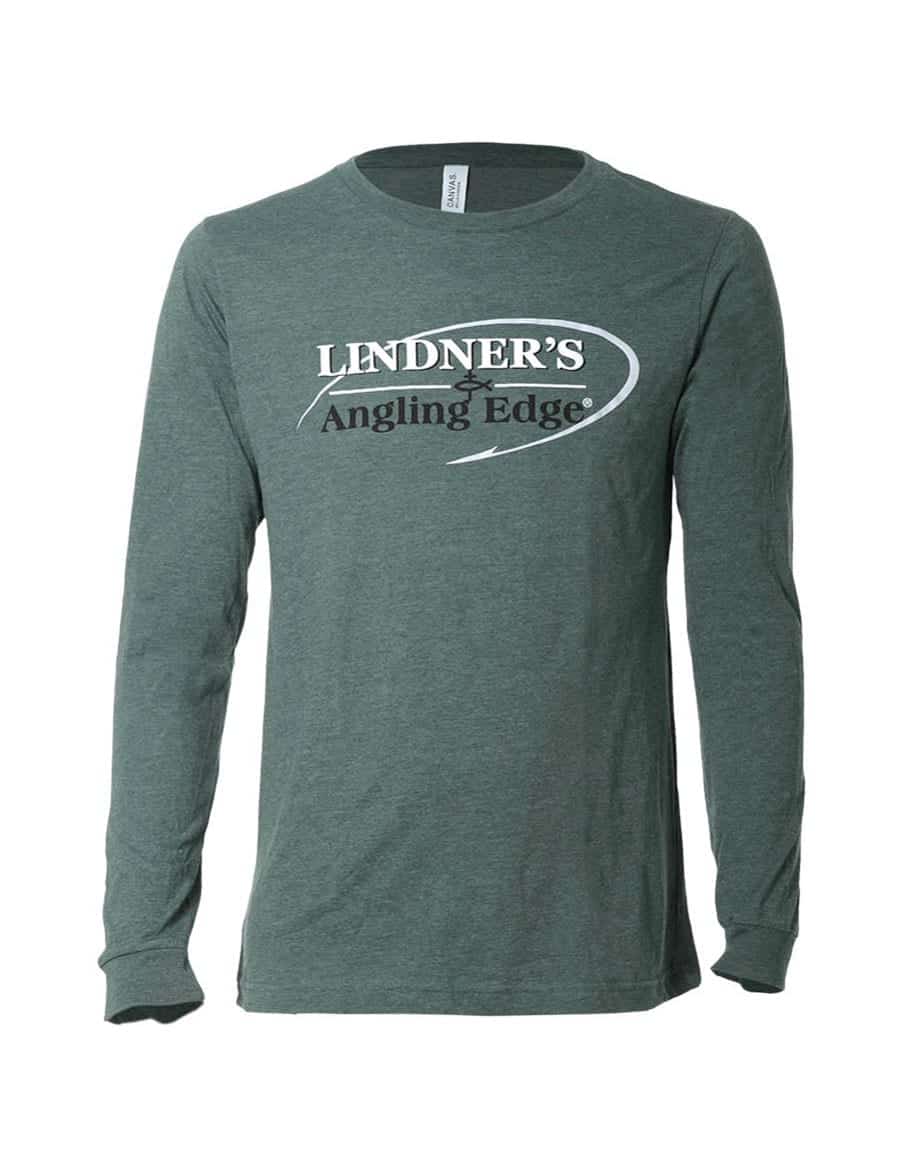 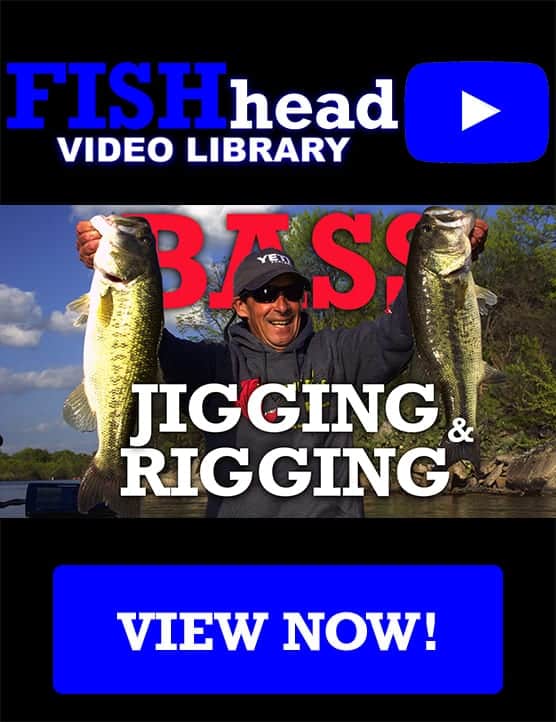 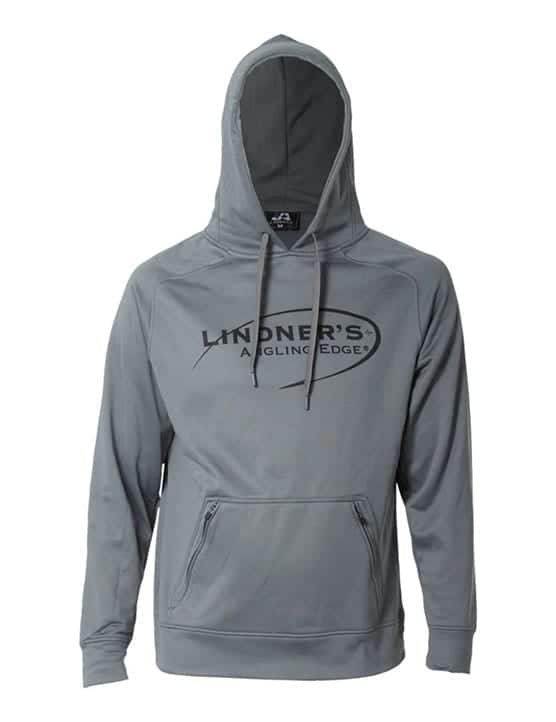 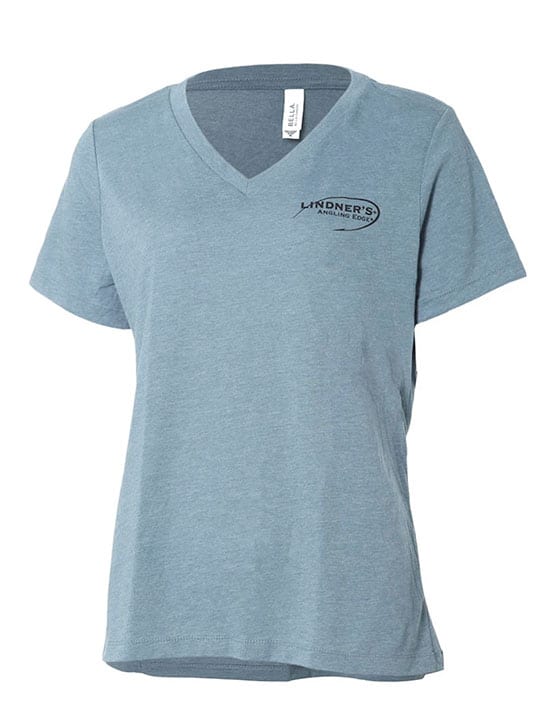 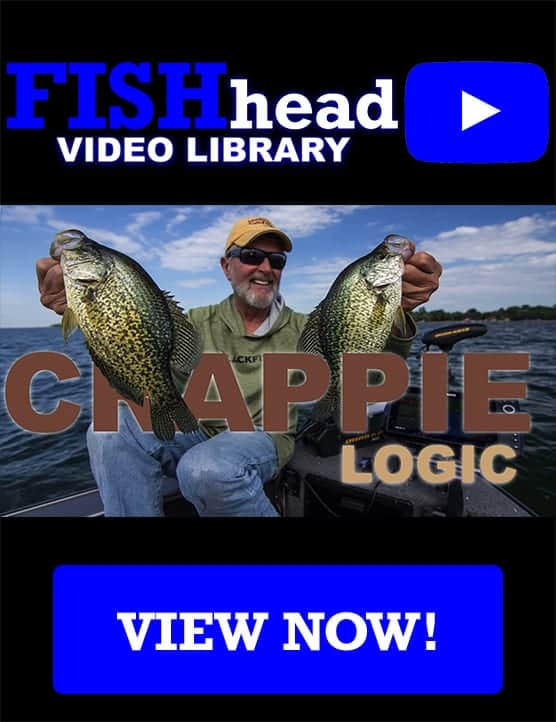 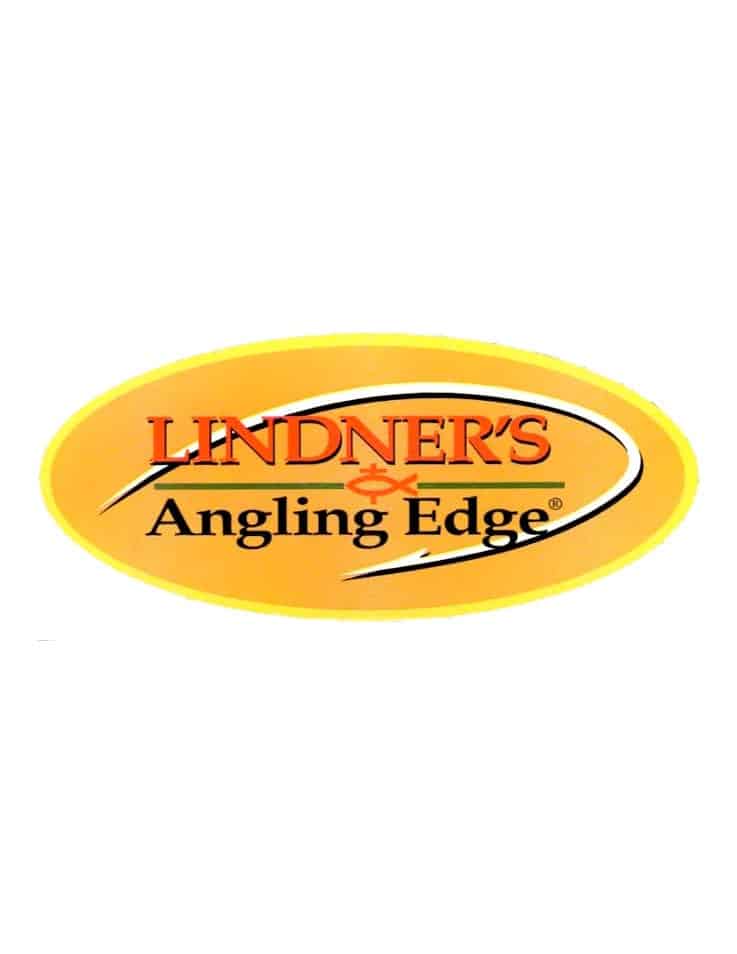 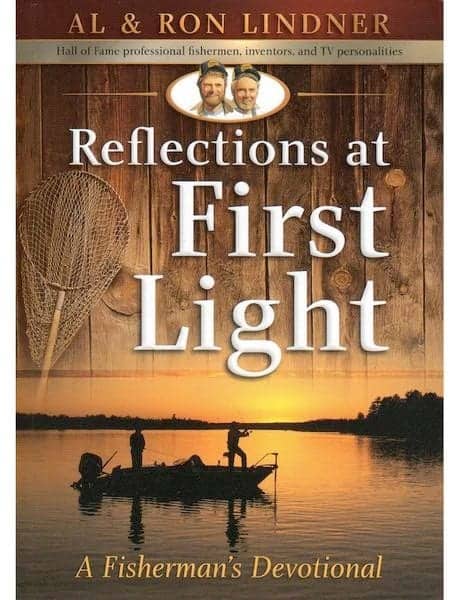