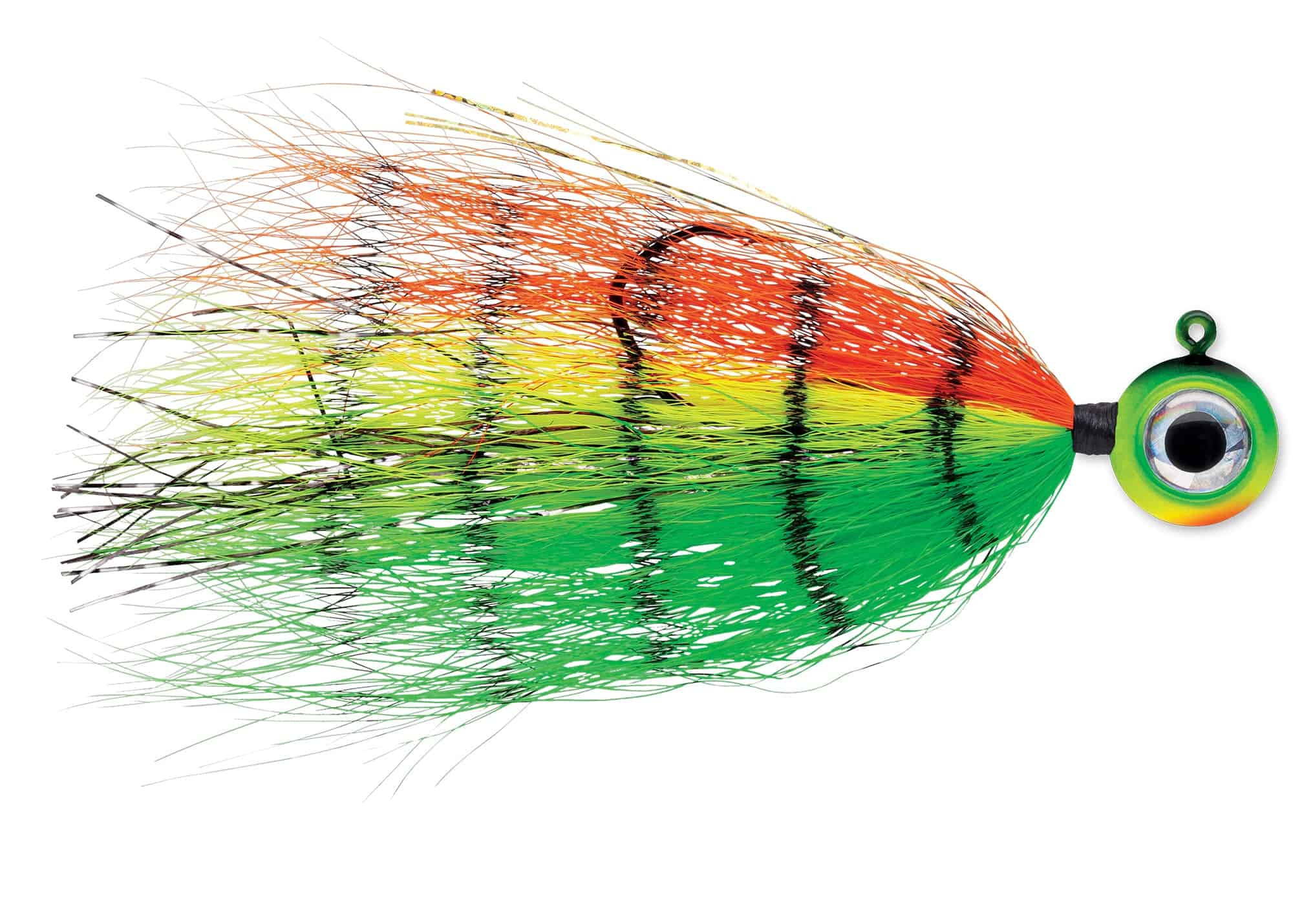 To say Al Lindner is enthusiastic about the VMC Moon Tail Jig, a versatile new aspirin-head bucktail bait, would be an understatement – he’s over-the-moon excited about it.

“It is absolutely one of the most amazing fish-catching jigs that I have ever seen,” said Lindner, the legendary angler who co-founded In-Fisherman and hosts the influential Angling Edge and Fishing Edge television shows.

Lindner worked with VMC, one of several brands within the Rapala family, for more than two years on the Moon Tail Jig’s design, features and performance.

“On my ‘Wish List’ for this jig, they checked 100 percent of the boxes,” Lindner said. “This thing is just that good of a bait. It’s been an amazing experience to be involved and to see how effective this jig is.”

Low-profile, elongated bucktail fibers give the Moon Tail Jig life-like action and a minnow profile that maintains it shape through many, many fish catches. A proprietary combination of hair and “smattering” of tinsel allows the jig to fish fast with lifelike action.

“It ‘breathes,’” Lindner described. “It isn’t like a lump coming through the water.”

Moon Tail Jigs fall fast and jump off the bottom with an enhanced darting and rolling-head motion.

“This thing is amazing in the water,” Lindner said. The lure’s action derives from its flat-head design. “If you can imagine taking a jig and putting it in a vice and flattening it out, that’s what they did. You make the profile much bigger. And the eye becomes gigantic. And the bigger the eyeball, the more the walleyes like it.”

“That hook is unbelievable,” Lindner said. “You don’t miss anything on it. This is the best hook, on the market on a jig that I have ever seen. Most jigs have sub-par hooks to cut costs.”

Including the jig-head, a VMC Moon Tail Jig measures four inches long. “We tried other sizes, but four inches seems to be the magic length that works so good,” Lindner said. Moon Tail Jigs come in three easy-to-fish weights: 1/8th-oz., ¼-oz. and 3/8th-oz.

“They cast like a bullet,” Lindner said. “You can throw them right into the wind with no problem.”

“You’ll never have to reach into a minnow bucket again,” Lindner said. “The Moon Tail is not made to be fished with live bait. That would defeat the purpose of it. Soft-plastic trailers are not needed either. You fish this just the way it is out of the package.”

“When you’re fishing plastic on the back and your rip-jigging and you’re catching some walleyes, after three fish or so, it usually tears the plastic,” Lindner explained. “And if you’re fishing really aggressively, then you have to take a minute to glue it.”

The hair on a Moon Tail Jig can outlast several bags of soft-plastics. “I wanted to see how many I could catch with just one,” Lindner recalled. “I found I can easily catch about 50 fish on one jig, before the hair is pretty much annihilated.”

“I’m throwing up on some shallow-water stuff with it, you can back-troll with it, it works phenomenally well on deep-water structures,” he said. “You could rip through the weeds with these jigs. You can do things with them that you couldn’t do before. And that’s the idea of the Moon Tail.”

When Lindner fishes a Moon Tail Jig in shallow water, he alternates between aggressive snap-jigging and a slow swim. “I want to really move that bait some distance, Lindner said, explaining his snap-jigging technique. “And then every once in a while, you swim it really, really slow.”

When he fishes them deep, he fishes them really deep – up to 35 feet. “You’d be amazed at how deep of water I can fish with the 3/8th-oz.,” he said. When jigging for walleyes that deep, the Moon Tail Jig’s fast drop speed is key.

“It gets down there quicker than most people realize,” he added. “You think, 25, 30, 35 feet of water, that’ll take forever for that jig to get down to the bottom. But it doesn’t. It goes fast.”

The Moon Tail Jig’s over-sized, flat-aspirin head design enables the drop speed Lindner needs for deep-water jigging. “You have the same weight, but it’s thinner, so it cuts water much faster,” he explained. “You get a better, faster drop speed.” 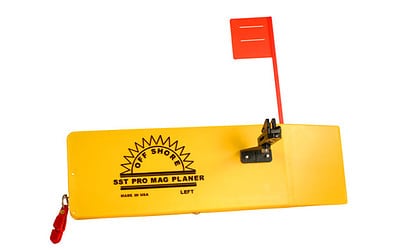 The Pro Mag Planer is Off Shore’s largest planer. It pulls more weight than any in-line board on the market. The SST Pro Mag Planer was designed to be correctly balanced for pulling heavy weights — no modifications or additions are needed. 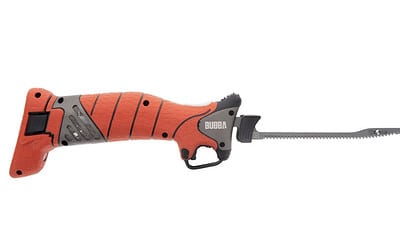 The Bubba Pro Series Cordless Electric Fillet Knife has been designed to meet the requirements of the hardcore angler, by developing industry leading power and performance technology for unparalleled cutting efficiency. 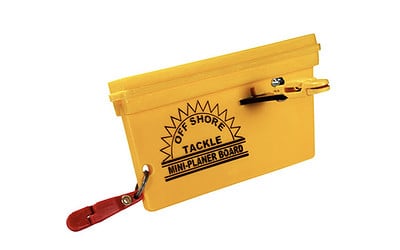